Opsview cache the result into /var/log/nagios/.freeipmi/sdr-cache with file named by ip address.

Remove them to recreate cache from new device 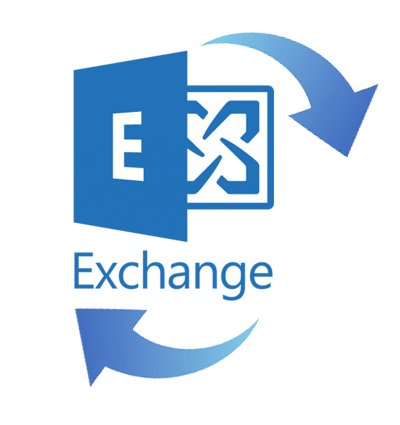 The script will clear all OU before importing.

CloudLinux servers are built to be far more secure than traditional CentOS servers, especially with the addition of CageFS. However, sometimes you might want to allow your users access to some of the commands that are disabled by default. In our example we needed to enable rsync.

If this is your problem, you and your user will see errors that look like these:

First, check to make sure the command isn’t included with this command:

If the output is blank, that’s definitely your problem. The fix is a quick one:

Once that is done, your users will be able to use rsync without error. 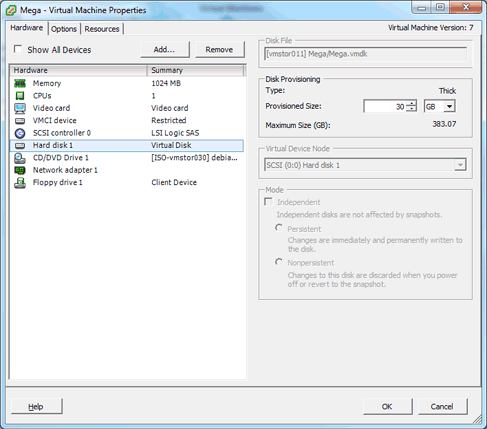 If you are not able to modify the size of the disk, the provisioned size setting is greyed out. This can happen if the virtual machine has a snapshot in place, these will need to be removed prior to making the changes to the disk. Alternatively you may need to shut down the virtual machine if it does not allow you to add or increase disks on the fly, if this is the case make the change then power it back on.
Detect the new disk space

Once the physical disk has been increased at the hardware level, we need to get into the operating system and create a new partition that makes use of this space to proceed.

Before we can do this we need to check that the new unallocated disk space is detected by the server, you can use “fdisk -l” to list the primary disk. You will most likely see that the disk space is still showing as the same original size, at this point you can either reboot the server and it will detect the changes on boot or you can rescan your devices to avoid rebooting by running the below command. Note you may need to change host0 depending on your setup.

Below is an image after performing this and confirming that the new space is displaying.

As outlined in my previous images the disk in my example that I am working with is /dev/sda, so we use fdisk to create a new primary partition to make use of the new expanded disk space. Note that we do not have 4 primary partitions already in place, making this method possible.

We are now using fdisk to create a new partition, the inputs I have entered in are shown below in bold. Note that you can press ‘m’ to get a full listing of the fdisk commands.

‘n’ was selected for adding a new partition.

WARNING: DOS-compatible mode is deprecated. It’s strongly recommended to
switch off the mode (command ‘c’) and change display units to
sectors (command ‘u’).

‘p’ is then selected as we are making a primary partition.

As I already have /dev/sda1 and /dev/sda2 as shown in previous images, I have gone with using ‘3’ for this new partition which will be created as /dev/sda3

We just press enter twice above as by default the first and last cylinders of the unallocated space should be correct. After this the partition is then ready.

‘t’ is selected to change to a partition’s system ID, in this case we change to ‘3’ which is the one we just created.

The hex code ‘8e’ was entered as this is the code for a Linux LVM which is what we want this partition to be, as we will be joining it with the original /dev/sda5 Linux LVM.

‘w’ is used to write the table to disk and exit, basically all the changes that have been done will be saved and then you will be exited from fdisk.

Command (m for help): w
The partition table has been altered!

WARNING: Re-reading the partition table failed with error 16: Device or resource busy.
The kernel still uses the old table. The new table will be used at
the next reboot or after you run partprobe(8) or kpartx(8)
Syncing disks.

You will see a warning which basically means in order to use the new table with the changes a system reboot is required. If you can not see the new partition using “fdisk -l” you may be able to run “partprobe -s” to rescan the partitions. In my test I did not require either of those things at this stage (I do a reboot later on), straight after pressing ‘w’ in fdisk I was able to see the new /dev/sda3 partition of my 10gb of space as displayed in the below image.

For CentOS/RHEL run a “partx -a /dev/sda3” to avoid rebooting later on.

That’s all for partitioning, we now have a new partition which is making use of the previously unallocated disk space from the increase in VMware.
Increasing the logical volume

In order to get around this you can either reboot, or use partprobe/partx as previously mentioned to avoid a reboot, as in this instance the disk does not appear to be there correctly despite showing in “fdisk -l”. After a reboot or partprobe/partx use the same command which will succeed.

Next we need to confirm the name of the current volume group using the vgdisplay command. The name will vary depending on your setup, for me it is the name of my test server. vgdisplay provides lots of information on the volume group, I have only shown the name and the current size of it for this example.

Now we extend the ‘Mega’ volume group by adding in the physical volume of /dev/sda3 which we created using the pvcreate command earlier.

Using the pvscan command we scan all disks for physical volumes, this should confirm the original /dev/sda5 partition and the newly created physical volume /dev/sda3

Firstly confirm the path of the logical volume using lvdisplay. This path name will vary depending on your setup.

The logical volume is then extended using the lvextend command.

There is then one final step which is to resize the file system so that it can take advantage of this additional space, this is done using the resize2fs command for ext based file systems. Note that this may take some time to complete, it took about 30 seconds for my additional space.

Alternatively if you’re running the XFS file system (default as of RedHat/CentOS 7) you can grow the file system with “xfs_growfs /dev/Mega/root”.

That’s it, now with the ‘df’ command we can see that the total available disk space has been increased. 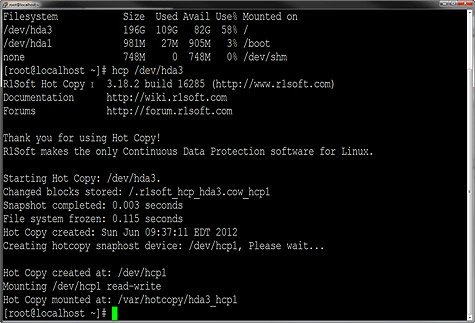 I have a customer who has over 100GB of MySQL data and taking their site down for even a few minutes is not feasible. I really wanted to get a slave set up in case the main server ever dies. Even though the server is backed up, it would take 2-3 hours (or longer) to restore the MySQL server which is not very acceptable.

The solution is to use replication. The traditional problem with this approach is locking the tables for so long while the mysqldump happens… for a database this size, close to 4-5 hours.

Idera’s Free Tool called Linux Hot Copy (hcp) was the answer I was looking for. By using hcp, you can lock the tables, make a near instant “snapshot”, record the master position, and unlock the tables. At your leisure, just copy the snapshot of the mysql data to your slave device, and start up your replication! This makes setting up new slaves a snap with minimal impact on your business.

First off, I will assume you have a production MySQL server in use and running. In my scenario, I am using CentOS 5.6 64Bit and MySQL 5.5. This tutorial will probably will work for older versions as well. I also will assume you know how to edit and copy files at the linux command line. If you don’t, you probably should get help from an experienced system administrator.

If you have not done so already, set up another mysql server for your slave. It should be a decent server, equal to your current live production server so you can switch to it in the event of failure.

I will also assume:

You’ll need to substitute your IP Addressess in place of mine.

2. Setup your Server ID and enable bin-logs. Note that bin logs record every change to your database, so make sure you have ample space to continue!)

Edit your /etc/my.cnf file and put these lines at the top, just under the [mysqld] line.

3. Create a user that has replication privs on the Master Server.

4. The next few steps will need to be done quickly so that you minimize your mysql server’s downtime. Make sure you know up-front the device (e.g. /dev/sda2) where your MySQL installation is located (typically /var/lib/mysql on CentOS):

Lock your Master MySQL Tables and show the status location of the bin log….

Make sure you record and copy the information down, e.g. the filename and log position

From the command line, enter the following command, replacing /dev/sda2 with your raw device:

Back to MySQL, unlock your tables:

Now you have a perfect copy of your “frozen” data at the following location: (may vary)..

On the slave server, make sure MySQL is stopped and move the old mysql folder: (make sure this is the SLAVE SERVER 192.168.2.200 and NOT the live server!):

3. Once the Copy is Complete you can delete your “hot copy”

1. edit /etc/my.cnf and change server-id to 2 and comment out or delete the log-bin line you added from the master..

2. start up mysql, and then enter commands to connect to master.. replacing the log file and position number with the ones you recorded earlier:

MySQL will show how far it’s behind, it might take a few minutes to catch up depending on the number of changes that happened to your database during the copy.

I hope you enjoyed this tutorial on MySQL Replication with no downtime. Now it’s easy!

How to add shadowcopy to linux.

There’s a software that add shadowcopy to linux; below are instruction for Centos 6

Than you must install kernel-headers and kernel-devel for your running version.

If you’re running latest version you can use

otherwise you can install directly from vault.centos.org repository as below

Now that you have software e kernel-headers you build your specific kernel-module for hcp device.

now you can try to create shadow copy with 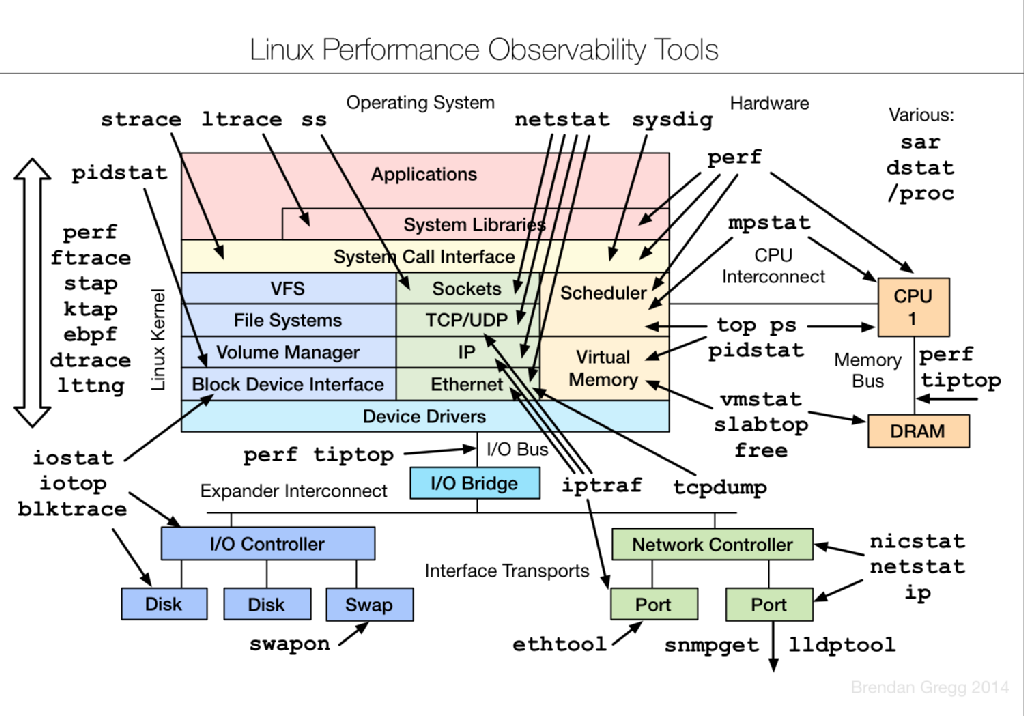 For RHEL 6 or later, you should be using update-ca-trust, as lzap describes in his answer below.

Curl is using the system-default CA bundle is stored in /etc/pki/tls/certs/ca-bundle.crt . Before you change it, make a copy of that file so that you can restore the system default if you need to. You can simply append new CA certificates to that file, or you can replace the entire bundle.

Are you also wondering where to get the certificates? I (and others) recommend curl.haxx.se/ca . In one line:

I’m writing this article to help all those people that may have had problems with text garbled, mismatched or other kind of graphical issues with all those software that uses the famous ncurses libraries (libncurses5). It all started when I was using (via puTTY) my favorite command line log parsing tool: the great  multitail (go out there and take it if you don’t know it) I started noticing some odd errors: part of the text was garbled, some of the lines were wrong in size or were substituted by wrong characters, as you can see in the screenshot:

This problem happened when using puTTY on a CentOS 6.6 system, with locale set on UTF-8,  libncurses version 5.x and multitail at 6.4.1

This is the result of multiple problems and some steps are required to fix all the issues :

This should solve all your issues with UTF-8 and the ncurses libraries.